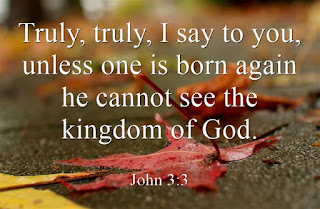 Just writing these words gives me a Hallelujah fit all over again!  Those were the words my cousin greeted me with tonight as I stopped by his house to let him know I was picking him up for church tomorrow.  He looked so much better!  He kept saying, "Are you proud of me!  Aren't you proud of me, I'm really saved!  Don't I look like it?"  :-)  I was hugging him so hard, I was so grateful to the Lord because this will have an impact on other men that he knows.  I know God is going to use my cousin because he used to be out there drinking himself to death and using drugs too.  Tomorrow he will be sharing his testimony at Soul Saving Center.  Thank you Jesus!!!

After I left him I headed straight up Olive St and of course they were out there getting their weekend holiday on....and funny thing....after I finished grilling for my family (Cause it's National Hamburger Day)  :-)  Anywayz, I was so exhausted from grilling outside in the 90 degree heat,  I thought maybe I will wait because people will probably be so drunk...and may not even be out in this heat....Can't you hear the devil!?  Well the Lord let me know that those thoughts weren't coming from Him real quick and I hurried and made myself presentable to go out into the streets....

As I was saying I came up on a crowd and someone says...Mikki Hinmon!  That's always good when I encounter a group of people and they don't know me from Adam or Eve but someone in the crowd does...God made sure I didn't need an introduction....I just went in....inviting people to church and chatting with them.  One of the guys said, "You are just like your Dad."  That made me smile....

I stopped to talk to some young guys who were battling mosquitoes trying to hang out....I invited them to church and one of them walked up to me, "Hi Aunt Mikki."  Big hugs....That meant they other guys were listening up.....I was his Auntie.....Thank God for connections when I go in the streets.  I gave them a tip on a natural mosquito repellent. Vanilla extract on the pressure points.  It really worked on these mutant mosquitoes in Salem, NJ!  (I googled it and tried it tonight!)

I left them and headed up Broadway but on the corner there were some women sitting out and at first they were very cold and giving me attitude.... they really didn't want to hear what I had to say but God somehow broke the ice with them....they listened, I sang for them, we laughed and when I left they knew that Jesus loves them....I give God all the glory for how He gave me favor so that people would listen to me tonight.

People need to hear that Jesus loves them....Basically they are looking for love in all the wrong places...and once they get over the fact that I just walked up to them out of the blue and started talking about God's Love...and I really mean what I'm saying.....God takes over....
He's really impressing upon me that HE is the One who saves....I am the one who shares the Good News of the Gospel!

I'm so thankful for my cousin receiving Jesus as Lord and Savior!  The Angels are rejoicing and so am I....

I know God will save more people, He's just getting started....There will be a Harvest....He promised me.
Posted by Soul Saving Center Street Journal at 9:34 PM No comments:

Oh What Manner Of Love Is This?!? 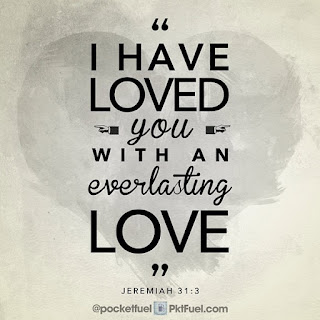 This morning I went to the Senior Program my Mother attends and ministered in music and the Word.  God led the way with each song, and with everything I said, I give Him all the glory.
God loves them so much....I was there to remind them of how He wants them to draw nearer to Him....As Evangelist Ted Shuttlesworth said, "These are the end of the end of days."  I ministered to them as if it very well could be our last day on earth....

I feel such urgency!

Tonight I went to the church to pray.  As I got out of my truck I saw some guys hanging out, sitting on the steps of the house on Olive St.  I saw several young people further down the street but I wanted to spend time with my Abba Daddy first.

I interceded for those young men...it seems like I minister to more young men than women....God has His reasons for this, I know.

But when I got up from praying the Lord directed me to go to my truck and fill my pockets and arms full of bottles of water.  I walked over to them and handed out water....and then I told them I was just praying for them....

And then the tears just streamed down my face....as they are now...

I spoke of how much Jesus loves them!   That was what started the tears...I could just feel how much Jesus loves them!
I talked to them about how broken I was growing up because of the molestation I suffered at the age of six and how it could have destroyed me....But God healed my brokenness.....one of the guys wiped his eyes while I was ministering to them.  They were so receptive I felt the Lord right there.....I talked to them about coming to Jesus....about how He can fix everything that's broken in their lives.  I told them how I know God is going to change their lives because I asked Him to.

I gave another young man some water and told him I was praying for him and right away he said, "I need it, this place needs it!"  You see why the tears won't stop?  God is moving in the hearts of these young men!

I've never shed tears like that in the streets, but I never
worry about what they may think because I am armed with the truth that can rescue their souls! And they were so ready for the gospel.....I could tell the angels were keeping the demons at bay....even though a few were high....they seemed to sober up and hear me....they thanked me....each one of them....Yes, God was right there on that corner!

People need the Lord and Jesus is coming again so soon!

Those dark issues inside your soul that emerge every now and then and make you feel like you're less than nothing?.... Let them drive you to your knees and cry out to your Abba Daddy who is waiting for you with open arms!   His Son destroyed the works of the devil on the cross and Jesus reigns in Victory!   So when you come to God in TRUE Repentance,  God sees the reflection of His Son in you..... So how can you be less than nothing or a failure?   #Liesthedeviltells #GetbackUpagain #RunthisRace #Finishyourcourse
Posted by Soul Saving Center Street Journal at 6:32 PM No comments: