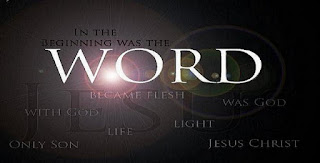 Wow!  It's been a while since I have ventured into the streets....but today was such a beautiful day....I couldn't wait to take a Prayerwalk and see where God would lead me.

I walked quite a ways and then ended up on the corner of Olive St and Broadway where some guys were hanging out.  I prayed about what to say to the young men who were there and what came out of my mouth was:

"God Loves You, and when you feel something inside of you telling you that you need to make a change, if you feel something isn't right with your life and  you know it's God knocking....Just say "Yes"  Don't try to change yourself, just say Yes to Him and He will do all of the work.  He really loves you!"

A guy was on the phone and asked me what I said because he didn't hear me,  I pretty much told him the same thing.

This young man was the peer leader of the group.  He grew up in Salem but now lives elsewhere but comes back to talk to the young brothers, he used to be worst than all of them he told me.  He had the respect of all of the guys out there, I could see....  After I left him I knew why God chose him for me to spend time with.....And we blocked everyone out and really had a great conversation!  God is so awesome!

He didn't believe in the Bible, the Koran or any religious book because he felt they were created to manipulate and control "Our People."  I shared my testimony with him.  Because when you talk to people who don't believe the Bible the most powerful tool you have at your disposal is Your Testimony!  Who can refute what God did in  your life?  And so I spoke of the freedom I now live in, the peace of God that surrounds me that lives in me, the hope of eternal life and a love so strong that I had to stop and talk to him about it!

He didn't believe in the afterlife....He didn't know what happens after you die.  He said no one can know....who came back from the dead and told us what would happen?  No one!  I answered him with the Word...."It is appointed once for man to die.... and after death comes the judgement!"

I asked him to explain more of his belief system to me.  I listened and after he talked, Bible verses kept coming....after a while he got used to me answering him with references to the Bible.  I never interrupted him but I never forgot what he said, (Which I tend to do sometimes)  that was God storing up His Word in my head to give back when it was my turn to talk.

We talked about some of the horrible things that happened both of our lives.  The difference was between him and me is that God healed me, I chose to forgive and I live in Freedom.....He on the other hand told me he lives with rage....that unfair thing that happened to his family member makes him want to kill the person that did it.  That was another opportunity to share how powerful my God is to make things right that were oh so wrong, and how He is all powerful to heal and to save!

As I walked away towards home I prayed for him. I  prayed about the rage he feels and will continue to pray for him that God unravels the false belief system that will land him in hell and that God does miraculous things in his life.   You pray too!

It was soo good to be out there today!